Boise State has been winning handily in the boxscore, but not so much on the scoreboard as of late. Red zone offense, I'm looking at you. Will all that change when the Broncos visit Hawaii on Saturday (9:00pm MT, KTVB)?

After the jump, bone up on the Warriors and see why this week might be Boise State's best chance to punch it in with fair regularity inside the 20. Feel free to leave your own keys to the game in the comments.

What Hawaii did last week

The Warriors went to Moscow in hopes of turning around their season and ending the Wizard of Oz-like shroud of competency around the Idaho program. But in the words of Lee Corso, "Not so fast, my friend."

What Hawaii has done so far this season

The WSU game in Seattle was probably the Hawaii highlight. You never want to peak too early, but sometimes it is better to peak too early than to not peak at all. At this point, that looks like the case for the Warriors. Following injuries to top passer Greg Alexander, top defender Brashton Satele, and almost-top WR Rodney Bradley, Hawaii is looking at a lost season and the very real possibility of missing out on their bowl game birthright. Hawaii has to go 5-2 over its remaining games, which would involve upsets over two of the following: Nevada, Boise State, Navy, and Wisconsin. In the words of Greg McMackin, "Please don't print that."

The Hawaii offense is not without serviceable parts. Estes is one of the best linemen in the WAC. Salas leads the league in receiving yards (by a lot). Up until the Greg Alexander injury, offense was not Hawaii's problem, and it wasn't all that culpable last week against Idaho either.

Not much has changed in Hawaii over the years, other than a sharp decrease in the newborn boys being named Colt and June. They'll still pass until it is no longer feasible to do so. And then they'll pass some more. As they say in Hawaii, "Mele kalikimaka," which I believe means "He's open, throw him the ball. Oh, not you, Inoke Funaki."

The Hawaii defense returned exactly two players from last year's unit, and then exactly one of those returning players got injured. Attrition, thy name is Greg McMackin cosmic gayness justice.

Now the Hawaii defense is getting by on a wing and a prayer. Prayers were answered against Wazzu when the Cougars coughed up the ball seven times; the bounce hasn't been so fortunate for Hawaii since then as they have just one TO in the past three games (hmmm, sound familiar?). Third downs are starting to be a problem, too, as the Warriors are allowing teams to convert better than half the time.

Hawaii's KRs and PR are dangerous threats. A good Kyle Brotzman rugby punt and bloop kickoff ought to fix that.

During Hawaii's current four-game slide, the TDs that the Warriors have given up have mostly been right near the goalline. Check it out:

Part of the problem is that Hawaii struggles in run defense and on third downs. The Warriors are in the bottom half of the WAC in run D, and their 52 percent 3rd down conversion rate on defense is just plain not good. Allow a team to move the ball on the ground inside your own 20, and give them as many opportunities as possible to punch it in, and you're bound to struggle in red zone defense.

I know I don't have to tell you how blah the Broncos have been inside the opponent's 20. So I'll let the numbers do the talking. Boise State has made six trips inside the red zone for no points, and 13 trips for no touchdowns. But it doesn't stop there... 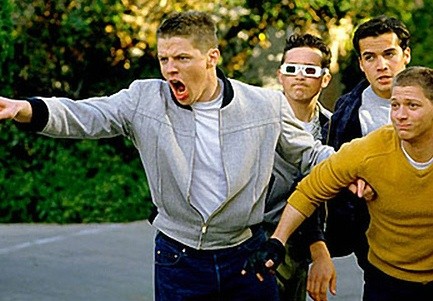 A fun BIFFF stat courtesy of my blogging peer at Yahoo!, Dr. Saturday, is Wasted Yards, which is pretty much exactly what it sounds like - yards gained that did not result in points. Put the kids to bed if you don't want them to see this. Boise State has wasted 710 yards this season. I cringe to think what that number looks like including yards on short FG attempts.

What has been the main cause of red zone woes? Part of it seems to be an inability to convert third downs, especially on the ground and surprisingly through the air.

On third down, Doug Martin and Jeremy Avery are a combined 5-for-14, averaging less than 2 yards per carry. Ironically, D.J. Harper was 2-for-3 on third down, with both of his conversions resulting in TDs. Cue a Mark Johnson malapropism!

In the midst of Kellen Moore's Year To Remember, Moore's kryptonite of relativism is third down passing. He is otherworldy on first and second down, hitting on 77 and 74 percent of his throws respectively. But on third down? A Colin Kaepernick-like 56 percent. On 50 third down passing attempts, he has converted first downs only 20 times.

Can the Broncos win without being efficient in the red zone?

You bet they can. They've done it for six straight weeks this season, so winning inefficiently is fast becoming an M.O. Here are just a few ways that the Broncos can steal one from the Warriors without short, 20-yards-or-less TDs. 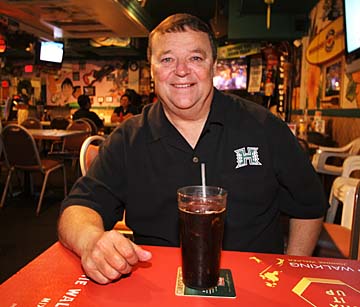 What? You thought I could get through a whole Hawaii preview without using that picture?

Red zone offense will hardly be the only part of Saturday's game that makes a dent in the final outcome. Here are some other factors that could come into play. Naturally, I'm leaving several out. Let me know in the comments which ones you can think of.

Red zone troubles will be on full display on Saturday night, and I for one think that the Broncos will be able to get back on the red zone track against Hawaii. The Warrior defense isn't as strong as in years past, and the Broncos will be coming in with an extra half-week of preparation, which should balance out any island woes.

What are you looking forward to about this game? What keys will you be watching? Interested to see how Bryant Moniz does against the Bronco defense? Think Jeremy Avery is due for another 100-yard game? Share your thoughts in the comments.