What's up, OBNUG pickers? Nick's out today because he's sick or busy or CURRENTLY FLYING TO PROVO IN ORDER TO BRING THE BOISE STATE SIGN TO ESPN GAMEDAY! But seriously, I think he's sick.

Boise State was absent from another week of pick 'em, and that wasn't the only theme that carried over. What's that? Did someone say another tiebreaker? Yes indeed, my friends. Join me after the jump for a quick rundown of how it all went down.

Last week's clairvoyancy gave way to this week's stumbling blindness. Across the board, scores were lower. Three readers took the golden churro with one point apiece, a feat that has only been accomplished twice over the previous six weeks of football picking. The brainy OBNUG editorial team went for three (Nick), three (FFBSU), and four (myself), prompting some to wonder: "These guys have a blog? Why?"

Of the giant logjam at three and below, every single entry picked Colorado State to cover the 22-point spread against the Horned Frogs save for one: JasonHaberman. Gary Patterson's vengeance is full and fierce.

All us losers give Nevada way too much credit

A common theme between the haves and the have-nots in last week's pick 'em was the University of Nevada Reno. Most of the good entries picked Utah State to cover. Most of the bad entries had the Wolfpack. It was downright Mason-Dixon Line when you looked at the numbers; the two top scorers picked the Aggies, two of the five-point scorers had the Aggies, and somehow Peadiddy had the Aggies yet still finished in the Pick 'Em projects. The rest of us? Screwed over by the averageness of a Chris Ault coached team. But hey, at least we can empathize with UNR fans now.

Hey, this is still happening

Idaho is now 7-0 against the spread this season, yet there were a whopping 16 entries who weren't drinking the Akey Juicy Juice as a 10-point fave. You've got to know when to hold 'em and know when to fold 'em, I guess. Kenny Rogers, play us into the announcement of Week 7's winner. 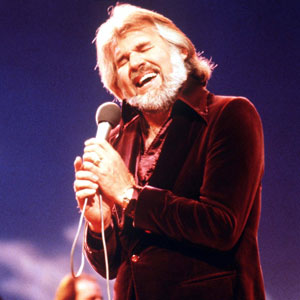 Great minds think alike, but only one mind gets dibs on Baja Fresh

Rising above the sea of mediocrity this week were Egnowit and BroncocnorB, nailing scores of seven apiece. Another tie? You betcha. Egnowit's pick card was blemished only by a VaTech upset and a San Jose State quasi-forfeit. BroncocnorB's only misses were courtesy of a narrow win by USC and the ineffable suckitude of New Mexico State.

For the second week in a row, that leads us to a tiebreaker. The total score of the Oklahoma-Texas turnover fest provided Week 7's decision maker, and Egnowit, for the second time this season, is the winner courtesy of his guessing four points closer than BroncocnorB.

Congratulations, Egnowit. You're the first repeat winner of OBNUG anything. Care to start writing some stories?

Boise State has been off the pick 'em schedule for two weeks now, but our boys in blue and orange will return in Week 8 with a road game against Hawaii. Thank goodness. I think most of us need a gimme pick.

Onward and upward, Bronco fans. Nick will be back Thursday with Week 8's picks.