Share All sharing options for: Final pregame thoughts on Boise State vs. Tulsa

Boise State's biggest nonconference road test of the season is only hours away, and per the norm, that makes me sweat profusely. Anyone else?

With gametime nearing, let's vent our pregame thoughts, fears, and stresses so that we can sit back and enjoy tonight's nationally televised Bronco showcase (6:00pm MT, ESPN). Gamethread will be up this afternoon. For now, let's share some pregame thoughts. 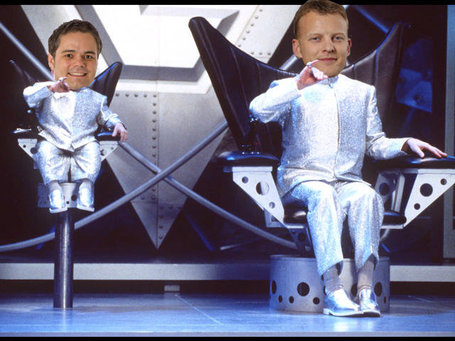 Time to open the playbook

The offensive gameplan against UC Davis could best be described as Tom Brandstater-ish. There was little creativity for the Broncos, and that was probably by design. No sense wasting life-changing X's and O's on a I-AA team.

Well, this week should be much different. Tulsa poses one of the toughest tests remaining on the Broncos' schedule, and in that case, Bryan Harsin should open the floodgates. Hold nothing back. Throw caution to the wind. Burn every single instance of a Mitch Burroughs quick pass.

What kind of plays are you hoping to see tonight? Here's mine: 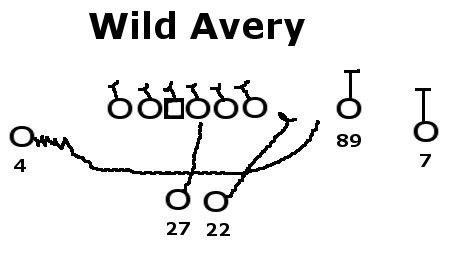 The Wild Avery first reared its amazing little head against Bowling Green on a forgettable five-yard carry. Though Avery's plunge into the back of several offensive linemen might not have looked like much in the play-by-play text, make no mistake: this is revolutionary.

Everyone and their mother has some version of the Miami Dolphins' wildcat formation (my mom's is called the Wild Thank You Note). Boise State saw variations of the offense against Fresno and Bowling Green, and it is sure to pop up many more times this season.

The design is simple enough: A quarterback splits out wide, a running back takes the snap, and chaos ensues. In the Broncos' version above, Avery started Titus Young in motion from the left of the formation. At the snap, Young bubbled back toward Avery for a fake handoff on a sweep with a lead block by Doug Martin. Avery kept the ball and dove up the middle for a short gain.

Boring? Hardly. There are so many variations out of this formation that the Broncos could exploit; I hardly even know where to begin. Here's one: Avery could hand off to Young. I imagine that Avery was reading the defense on this play to see if the playside defensive end was following the play action to Young. Essentially, it becomes a read play for Avery. If the DE cheats toward Young, Avery keeps; if he cheats down to stop Avery's rush, Avery hands off.

That alone makes the formation intriguing. But now there's this: Boise State's alignment could allow for an eligible left tackle to sneak out on a pass pattern. The Broncos lined up with the LT uncovered and the playside tight end covered. Against Bowling Green, the personnel remained standard with Tommy Gallard at the TE position and Matt Slater at LT. But what about this: 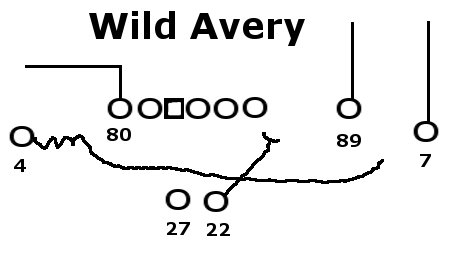 You'd have the play action fake to Young on the sweep. You'd have Efaw or Gallarda slipping out from the left side of the formation. Shoemaker or Pettis could run a fly or post from the slot. And Young could hang out in the flat following his fake and pick up a flare pass.

I need to stop talking about this. I'm getting too worked up.

According to the Scott Dorvals at Weather.com, it's going to be a wet and wild one tonight in Tulsa. 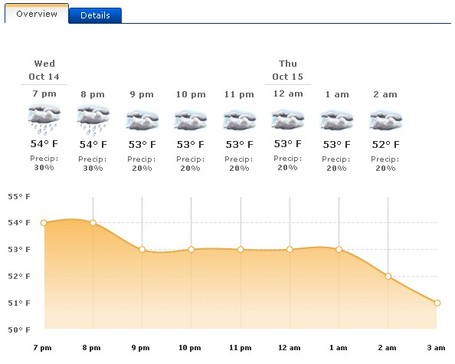 So far this season, the Broncos have played in temperatures ranging from the seventh-level-of-hell-hot in Fresno to Christmas-in-October-cold against UC Davis. And according to KsigBronco, the rain is only half the battle in steamy, muggy Oklahoma:

Having lived in tulsa there’s another factor to be accounted for, Tulsa is one of the most humid places i’ve ever been to and there’s thunder storms and rain predicted on wednesday. This could play into their hands for sure.

Dustin Lapray had better pack an extra set of bandannas.

Mark May, Lou Holtz, and Rece Davis on the call

Can the Broncos make Mark May a believer?

This question matters very little to Bronco players and coaches, but it makes a little bit more difference to a national viewing audience composed of East Coast media who largely make their opinions based on what they hear on TV. I couldn't care less what May thinks of the Broncos were he not given the propaganda platform of being ESPN's college football studio analyst. Three hours of May pointing out the Broncos' weak strength of schedule might be too much for me to bear.

Lou Holtz to the rescue? While Mark May hates all things Broncos, Lou Holtz loves the little guy. Too bad Holtz comes off incoherent half the time. Hopefully the octogenarian can keep the peace in the booth long enough for ESPN viewers to actually enjoy the game.

(Speaking of which, vote in the Mikrino poll. You'll be glad you did.)

Will Kellen Moore be in for a big game? leadtrumpetdave thinks so.

Did anyone see Kellen's interview clip talking about the Tulsa ‘D’? I’ve never seen Kellen seem so focused and intense. He almost always has that goofy smile going. Not this time. I can only assume that a re-focused Kellen (after a sub par UC-Davis game) is an unstoppable Kellen.

My thought: If Kellen Moore has time to throw and opportunity to throw, Boise State will put a lot of points on the board. If he has pressure in his face and if the Broncos stick to the running game, he'll have less of an impact.

A big part of Boise State's success tonight will need to be a good defensive effort, a la Oregon. BroncoFever has an interesting take:

Tulsa gets offensive yardage, but in the end can’t get close enough to score more than one touchdown.

Sound familiar? This was the exact blueprint that Boise State played to perfection last season. Bend but don't break. The Broncos might let Tulsa have the little stuff, and if they keep them to only the little stuff, they'll be just fine.

(Note: Winston Venable and George Iloka are really good in open space on receivers. I could watch them tackle receivers on five-yard curl routes all day.)

I am envisioning a similar game to the BG game; quick scores, lots of defense (Bronco D that is).

Reader Bankssz is not alone in thinking that the Broncos are going to be focused, ready, and a little mad tonight.

Statement game. I have a feeling players are pissed. Tulsa stays stingy on the run.

And then there's the question of if Tulsa is even any good or not. As forum8usa puts it:

Boise State will dominate tomorrow night. With exception to Oklahoma, Tulsa hasn’t played anyone. Boise State has put up huge numbers on the road this year and it will be the same tomorrow.

Personally, I think Tulsa will provide a very good test for the Broncos. I doubt that the Golden Hurricane's defense is as good as it has looked so far this season, but I'm not going to doubt them. And that offense can score points fast. If we learned anything from Fresno State, it is that quick-hit scores can make a lopsided game seem close in a hurry.

Tulsa will be one of the best teams that Boise State plays this year, which doesn't necessarily mean that the game won't be a blow out. Can you guys help me talk Finloopio off the edge?

I hate to say it, but I have a real bad feeling about this game.