Boise State's national championship hopes overshadow the bigger story of simply being No. 5

Share All sharing options for: Boise State's national championship hopes overshadow the bigger story of simply being No. 5

The college football world is abuzz with the possibility of Boise State making the national championship game. From national writers to local columnists to dear old Bronco Nation itself, people just can't stop talking about the Broncos and The Big One.

I wish they would. Talk of a national championship is premature and pointless, and it is taking away from what should be a celebration of one of the defining moments in Boise State football history. Find out what I mean after the jump.

When Boise State hit No. 5 in the polls last Sunday, the Broncos did something that the school had never done before and something that most non-BCS teams could only dream of doing. Reaching No. 5 in every major poll before October? Truly unbelievable.

Instead of spending the week focusing on the amazing feat of landing in the Top Five, everyone with computer access and a fleeting thought has decided to focus on the intangible what-if of Boise State in the national championship game.

I'm not saying that the thought of an NC for my beloved Boise State Broncos disgusts me. But it does disappoint me. We Bronco fans just witnessed one of the greatest achievements in program history, and we celebrate by trampling the Top Five honor in a gluttonous push for bigger and better? That's not right. 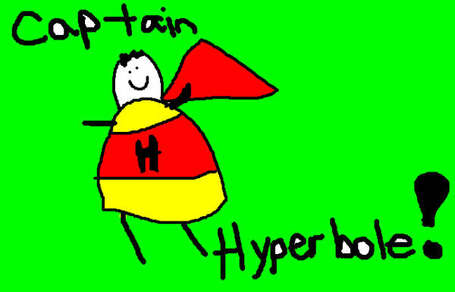 To be fair, the conversation has definitely spurned some solid perspective and analysis. The Statesman gave some levity to the situation with this quote from their national championship story:

... BCS analyst Jerry Palm says the Broncos need more of the chaos that has already occurred at the top of the polls. The Broncos likely need all but one of the top title contenders to lose twice - making it easier for voters to give them the nod.

Brian Murphy attacked the issue the best way he knew how: impact fragments.

No matter what Boise State does in its final nine games. No matter what happens around the country - outside of a full-scale meltdown where undefeated Boise State and Oregon are the only teams with less than three losses.

The national writers have weighed in, too. Stewart Mandel from SI.com provided a unique prediction of polling fallout.

That said, realistically the Broncos would not take down a Florida or Texas in a championship setting, and there will probably be any number of other teams with better résumés. But the pollsters have set a precedent by ranking Boise this high this soon. If they suddenly turn around at the end of the season and blatantly manipulate the rankings to exclude the Broncos, the BCS is going to have yet another credibility issue on its hands.

Everything you read about Boise State and the national championship will be impassioned, informative, opinionated, and smart. My hang-up is not with the quality of the debate. My hang-up is with the debate itself.

I think everyone is missing the point.

It feels like Bronco Nation spent exactly 30 minutes reveling in the wonder of being ranked No. 5 before someone put two and two together and came up with the mindbender of Boise State playing for all the marbles. The newspapers and Internets have run the gamut from:

Ugh. This is exhausting.

When you get Statesman headlines like "Boise State players and coaches are intrigued by the idea of playing in the national title game" on stories that contain no players or coaches intrigued by the idea, something's not right. Boise State's national championship hopes are the product of wishful reporting. The story is only a story because farsighted, exaggerating writers say so.

The only thing we can celebrate with certainty is that our little football team is No. 5 in the country before conference play has even begun in earnest. Why do we need to add anything to this astonishing development to make it any better?

Locally, the story should not be whether or not Boise State is going to the national championship game. There is too much football to play and too little solid information available in order to have a reasonable discussion.

Besides, Boise State just did the unthinkable. Doesn't that deserve more than a one-day above-the-fold parade? I would love to see the No. 5 ranking put into perspective with comparisons to how fast the big schools (USC, Michigan, LSU, etc.) took to climb that high. I would love to hear what other WAC teams think of their Top Five conference brethren. How are the 2007 Fiesta Bowlers taking the news? And if none of those stories are going to be written, I'd at least like a few days to soak in the amazing feeling of rooting for a Top Five football team and feeling - even if only for a few days or weeks - what it feels like to be a fan of a Florida, Alabama, or Texas. There's no need to rush off into pithy complaints about being a marginalized team that deserves a fair shake. We can do that almost any old time.

Nationally, I can sort of understand the big-picture emphasis. But even then, a more important topic might be that college football has changed so much that non-BCS teams are viewed just as strongly as BCS teams at this point. Witness Andy Staples' admission below (HT: Tom Scott):

So much for my moral stand against weak scheduling. The upset-happy weekend forced me to do what I said I wouldn't. If you've been reading these Power Rankings the past few weeks, you know I was determined to leave Boise State at No. 12 forever as punishment for a pitiful schedule that doesn't feature a single decent team other than Oregon, the foe the Broncos vanquished at home on Sept. 3.

"But every time I ranked Boise State No. 12, one nagging possibility gnawed at me: What if Oregon turned out to be good? Well, Oregon crushed Cal, which I ranked No. 4 last week. The Ducks looked awesome, and their improvement suggests they'll play a major role in the Pac-10 race. Boise State dominated Oregon's offense, so I can't in good conscience leave the Broncos at No. 12. So enjoy your trip to the Fiesta Bowl, Broncos. With the likes of UC Davis and Hawaii still on the schedule, no one is going to stop you."

A better story for national writers might be that people can't help but put Boise State in the Top Five because of how much college football has changed. At least that conversation would be timely and factual.

Let's not get ahead of ourselves on the national championship hype. Two months from now, we could very well be at the same exact place, talking about the same exact storylines, and at that point, I will be okay with it. But there's no reason to discuss it now when there is so much else going on.

Let that be the headline. Let the focus be on the historical significance of acts that we can all measure. Let's put Boise State's accomplishment into perspective, enjoy the fact that our team is No. 5 in all the land, and live in the moment a little longer before we rush off to forgetting about it in the name of hyperbole.

There is enough to discuss with Boise State being No. 5 to at least fill a week's worth of newspapers, much less a half hour worth of celebration. Finish covering the real story, and then maybe we can talk. Hopefully by then, it will be December.

Feedback: What do you readers think about this? Are you content to keep wondering what-if when it comes to the national championship? Do you think we spent long enough on the historic development of landing at No. 5? Let me know in the comments.