Here are the nominees:

And the NUGie Worst Bronco-related Media Moment award goes to ... 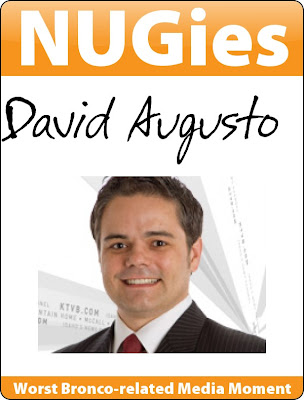 Congratulations to Augusto on beating out some tough competition. This just goes to show that when David Augusto puts his mind toward mailing in a story, he can't be beat. On that note, enjoy the Channel 7 news this offseason.