Boise State football > everyone (except for Utah)

Share All sharing options for: Boise State football > everyone (except for Utah)

We love computers. They have given us Microsoft Word, Gmail, and Minesweeper. And today, they gave us impossible dreams.

Well, this year someone devised a computer program to do the work for us. Behold, the algorithm of pointless comparison! Get ready to be hit with knowledge! 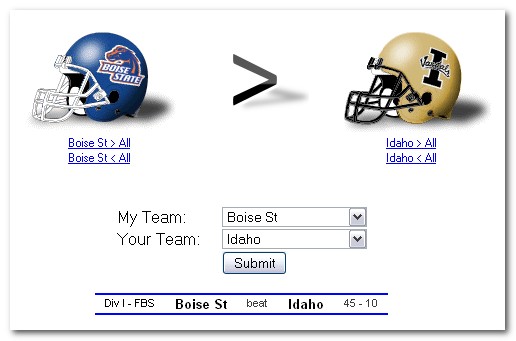 OK, so some of the scenarios are a little more obvious than others.

We prefer to use this tool to prove that Boise State could indeed be among the top teams in the country, despite their one-point bowl loss to TCU. We've known in our hearts for a very long time that they belong with the Texases and Floridas of the upper echelon conferences. We just needed a formula to prove it. 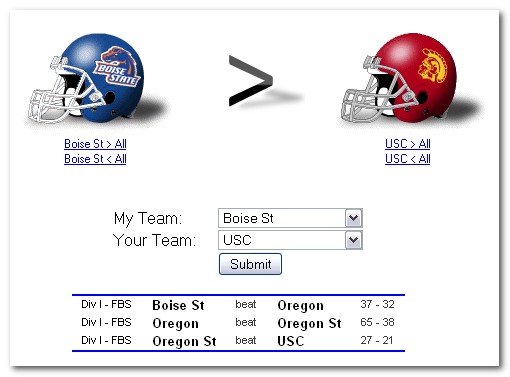 If the Broncos can hang with schools like USC, then who can't Boise State hang with? Actually, don't answer that ... 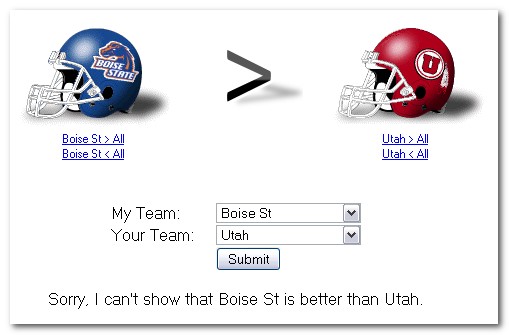 Of course, the only danger in pinning one's hopes on a computer program that is designed to give every team a reason to believe it is No. 1 (or No. 2 in this case) is that even the riffraff of the WAC applies. As such, we get blasphemous results like this: 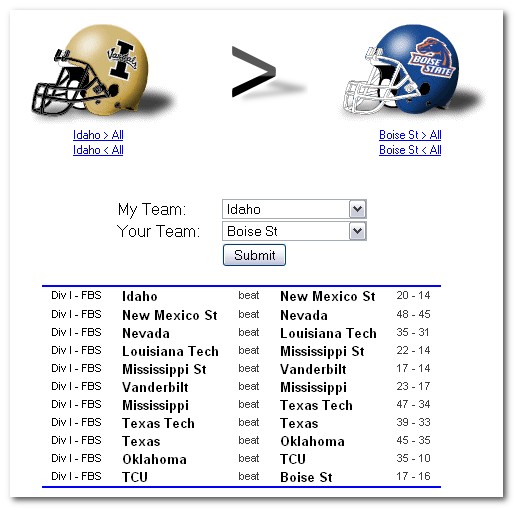 Stupid computers. We hate them.

Read more: My team is better than your team