Share All sharing options for: Slim Pickings: Bowl season just getting warmed up 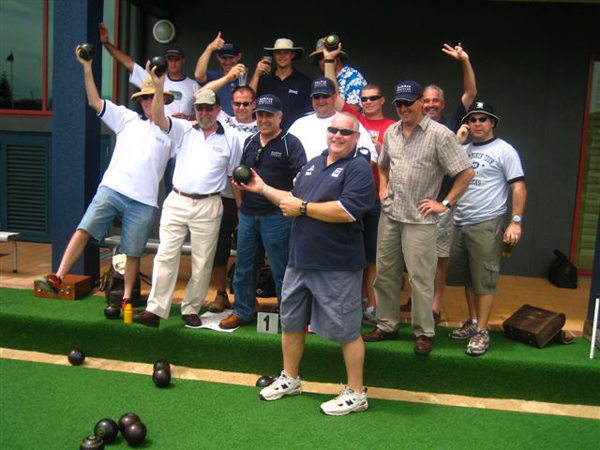 Up until Hawaii's no show and Jimmy Clausen deciding to show why he was once the top rated quarterback in the nation, things were going pretty well for my picks. I'm not prepared to live in a world where a Clausen is good and Notre Dame wins. Hopefully this was a fluke and they'll slip back into their under performing ways next year. Unfortunately this probably means that Notre Dame will somehow be ranked preseason next year.

Let's get onto the next batch of bowl games.

Here's another match up of traditional football powerhouses meeting up in another storied bowl game. FAU players are enjoying themselves with this new fangled thing we call "snow":

It doesn't snow in Boca Raton, which means the Owls were lacking basic winter skills most Michiganians take for granted.

They didn't realize you have to pack snow together with force in order to make an air-worthy ball. They picked up piles of snow and threw it, watching the dry flakes float apart well short of the intended target.
Couple that with the fact that FAU will be without four starters, and I think I know whom we'll be picking in this match up. 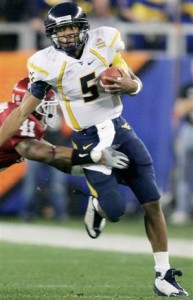 This is an interesting match up between a surprising North Carolina team and a disappointing West Virginia team. Charlotte expects to benefit greatly from this bowl:

Bowl director Will Webb said that equates to a shot in the arm for Charlotte. "Well, what we've got is proximity and they don't have to fly here. Most of these people are going to drive in. And because they're not spending money on airfare, they're able to stay in a hotel."


I'm confused. If they have to fly in, that means they don't have enough money to stay in a hotel? Where do they stay then since they don't have cars to sleep in? The rescue mission?

I'm confused more and more about the rules set in place by the NCAA deciding what student athletes can and can't have. Take for instance this "event" put on by the Champ Sports Bowl:

Monday night, both FSU and Wisconsin participated in a Best Buy Shopping Spree as part of their bowl gift from Florida Citrus Sports.

Players were turned loose at two participating Best Buy stores in Orlando with a $400 gift card.
The only rule was, they had to spend all 400 last night.
So, what's the difference between a $400 gift card and $400 cash? Isn't the idea that athletes aren't supposed to have privileges not afforded to normal students? Why are we playing charades still and pretending athletes are treated the same? My head hurts. 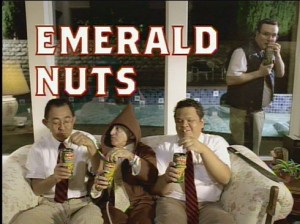 Those wacky Californians are at it again with this bowl game. The Emerald Bowl is green in more ways than the associated gem or the packaging of Emerald Nuts:

"College bowl games provide a platform to educate fans on climate initiatives, and we feel that the best way we can educate is to lead by example," said Gary Cavalli, executive director of the Emerald Bowl. "With FPL Energy, we will lessen the environmental impact of the game as well as promote environmental awareness to a broad audience of sports enthusiasts."


Basically the game will be matched with enough wind-energy credits to make the game 100% clean energy powered. Not quite sure how that works since I don't think that all the electricity being pumped into the stadium is coming directly from wind turbines. It's more of that fancy environmentalist speak which I'm totally cool with as long as it means more Emerald Nuts commercials.

The Independence Bowl would like to politely ask, "What recession?" Organizers are reporting that they've eclipsed the 41,000 ticket sales mark of a possible 50,000. Independence Bowl director Missy Setters has a friendly tip for procrastinators:

"People may want to go ahead and get their tickets early to avoid waiting in lines at the game," Setters said.


Do you hear that, Shreveport residents? You don't want to be caught outside without a ticket to see Taylor Bennett signal plays in for the last time, do you? 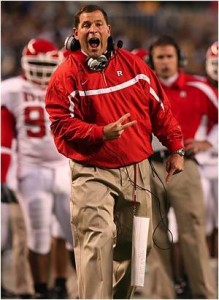 The PapaJohns.com Bowl did a good job of hiring optimists. Let's hand it off to Bo Kerr, manager of sales and marketing, to tell us how things are going to go down.

"There's not an urgency from local fans because of the size of Legion Field (71,594)," Kerr said. "Once the dust settles from Christmas and our advertising is still in place for something to do, they're going to see this as a viable option. We're talking to a lot more people who plan to attend the game."


Well, if you say so Mr. Kerr. I hope you've been knocking on a lot of doors.

That's a pretty healthy spread for teams only 2 spots away in the rankings. Why don't we just let Vegas odds makers rank the teams again? Another fun fact about this bowl game:

The contest is being framed as "the Journalism Bowl," since the competing universities field two of the top-rated J-schools in the country (although if that were a factor in athletics, Northwestern would have won a bowl game more recently than 1949).


I wasn't aware that journalism schools were now abbreviated J-schools. Wouldn't that kind of defeat the whole journalism thing? Oh well, break out your thesauruses for this one.

We've chronicled the dearth of ticket sales for the Humanitarian bowl already so I don't want to necessarily give you another reason to stay home and not support the local game, but ESPN's got a little surprise in store:

The story — meant to generate a positive image of professional truck drivers and the trucking industry — will be told during Roady’s Humanitarian Bowl as Leonard T. "Lenny" Roach, a professional truck driver for Unisource of Addison, Ill., is presented with the Truckload Carriers Association’s (TCA) "2008 Highway Angel of the Year" trophy for exceptional heroism.


Do the local economy a favor and just set the DVR to record this instead. 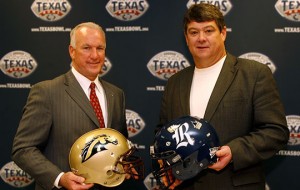 This game seems like another yawner. Even the coaches are saying all the right things.

"This is the bowl Rice wanted and we are so thrilled to be here and have an opponent like Western Michigan," said Bailiff, who was named Conference USA’s coach of the year Wednesday. "We wanted somebody that was a good football team, and that is exactly what we got."


If that wasn't coach speak, I don't know what is. Feel free to skip this match up.

The other bowl game of Top 25 teams that San Diego was lucky enough to land, and yes, this game is also played in Qualcomm Stadium. I wasn't aware that any one stadium hosted multiple bowl games outside of the BCS bowl that gets the national championship game. I'm sure we'll have someone fact check that for us.

Also, Mike Gundy is definitely more of a man after receiving a $400,000 bonus for reaching his third consecutive bowl game. 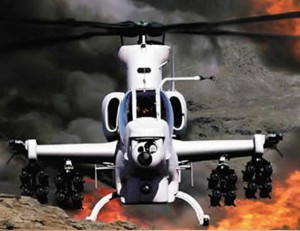 The old Fort Worth Bowl's sponsorship was taken over in 2006 by Bell Helicopter and subsequently renamed the Armed Forces Bowl. I'm curious if a non-armed forces team is allowed to play in it now. Also, I'd like to see this moved to Air Force's field because I think we deserve to watch a bowl game played in Colorado Springs in late December. Among the festivities:


Are they giving free rides in the helicopters? If you're looking for Ryan Dinwiddie highlights, this bowl game is your best bet.

Oregon State was thisclose from pulling off a Pac-10 championship and a trip to the Rose Bowl. Luckily Oregon called shenanigans on them and exposed them for the team they really were. Now they get a trip to the Sun Bowl. Pittsburgh, on the other hand, rode LeSean McCoy all season to a 9-3 record. Oh, and we shouldn't discount the impact of the perennially underrated Dave Wannstedt.

"We got eight to 10 practice schedules from other teams around the country to compare for what we needed to do," Wannstedt said. "You try to do something that works for you. Oregon State, they're not even sending their kids home for Christmas. They're working right through. I just felt like our kids needed a couple of days off. We needed a little break."

I had a good time this year with my Vanderbilt season tickets. It was fun rooting for them while they took down then-ranked South Carolina and Auburn. But, I think we all knew those weren't quite as impressive wins as they looked at the time. Luckily after starting 5-0, Vandy was able to eke out a 6th win. For their trouble, they'll be staying in Nashville.

Boston College, on the other hand, was an ACC Championship game away from an Orange Bowl game. They do have a streak on the line.

"I think they take a lot of pride in that," coach Jeff Jagodzinski said. "We have a chance to win nine in a row -- that's the best in the country." 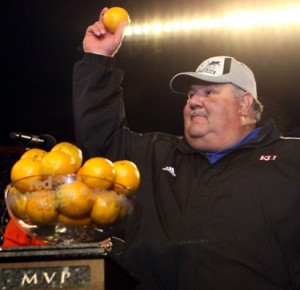 Let's see, high powered Big XII offense vs slow Big 10 team? One of the few bowl games on the slate this year with a double digit spread, but the possibility of a rout hasn't deterred ticket sales here.

Fiesta Bowl/Insight Bowl organization spokesman Shawn Schoeffler said more than 55,000 tickets have been sold for the contest between the Kansas Jayhawks and Minnesota Golden Gophers. The previous record, set in 2006, was 48,391. Each school bought 10,500 tickets, Schoeffler said.


Maybe they think this will be a closer game than expected. I believe in the Mangino.

Reigning national champion LSU had a tough year. They almost fell at home to Troy. Georgia Tech, on the other hand, had quite the resurgence under Paul Johnson and his triple option offense culminating in a 409 yard rushing performance over rival and preseason favorite Georgia. Is anyone else surprised that this spread is only 4.5?

I guess when you've played in BCS games the last two years, it could be difficult to get your team motivated, but I think coach Les Miles has it under control.

"Today's practice was pretty spirited, there's some hard work being done," he said. "The vibe I'm getting is they're working hard, and they do understand it's a bowl."