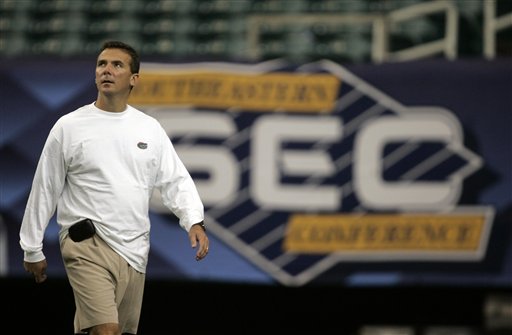 Sure, Boise State's regular season is done, but that doesn't mean we don't have a slate of huge college football games to look forward to this weekend. I mean we do have the Marathon MAC Championship featuring Ball State and Buffalo (way to lock up the premier service station chain for your sponsorship, MAC!).

Of course, this list won't include Ohio State since the Big Ten is ridiculous and won't have a championship game like every other major conference.

In the aforementioned MAC Championship game, I like Ball State. They're a good story and all, but I'm beginning to tire of them. They're taking away Boise State's thunder. Instead of everyone debating between Ohio State or Boise State, I'm beginning to feel like more people are starting to ask "What about Ball State?" I say, get in line. I'm a little perplexed as to why they didn't opt for the Humanitarian Bowl, too. If you want to prove yourself, why not go into the perennial BCS buster's house and beat them? If they lose, I don't think anyone would hold it against them. Anyway, I'd love to see this little Ball State storyline go away this week with a loss, but I don't think that's going to happen. Buffalo is coming off a loss to a 4-8 Kent State team. Yeah, about that.

It worked out beautifully for the SEC this year with their best two teams on either side of the conference. Had there been a three-way tie in one of the divisions like the Big XII, the SEC has a much better tie breaker. They use the BCS standings also, except if the top two teams are within five spots of each other, they use head to head. I know, it's almost too logical to really be true. If the Big XII had used this, Texas would be playing this week instead of Oklahoma.

As for this game, I'm surprised Florida is as big of a favorite as they are. I know I picked against Alabama last week, but they've been incredibly consistent this year. Florida's been rolling, but I've got to believe that Alabama is going to have something up their sleeves to slow Tebow down. Also, I doubt Percy Harvin will be playing with that high ankle sprain. If he is playing, there's no way he'll be 100%. Now if only this game wasn't played in a stupid dome. 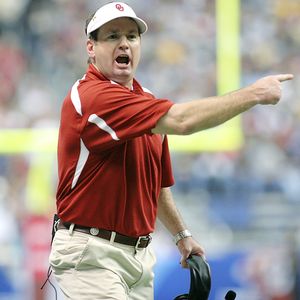 How great would it be to see Bob Stoops go down in flames in this championship game? He'll probably save that for the bowl game though. As asinine as the Big XII's tie breaking system was, it still came down to the BCS rankings. Everyone wanted to blame the computers for jumping Oklahoma over Texas, but they are only worth a third of the final equation. All the talking heads on ESPN were saying the right things about a 10-point win on a neutral field, but when it came down to it, the voters still had to vote Oklahoma over Texas. Amazing. Anyways, I'll be rooting for Missouri here, but my head says Oklahoma rolls.

The whole "both teams wear home colors" is brilliant in my opinion. In fact, I'm going to turn it on just to see how the whole thing goes down. Otherwise, I could care less to see how badly USC dismantles UCLA. Here's something to ponder though, if Missouri upsets Oklahoma, who goes to the National Championship game? It's got to be USC right? No one wants to see another Big Ten team in the title game and you can't put Texas in if they didn't win their conference, can you? How exciting would a Florida vs USC matchup be? 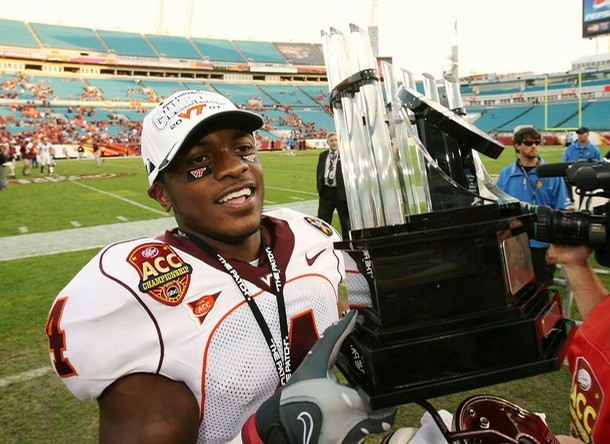 I'm pretty sure Vegas made this game a pick'em because nobody cares. I'd advise Boise State fans not to tune into this game and be reminded that one of these teams is going to get a BCS game. How cool would it be if college football adopted some sort of relegation system like the Premier League where the lowest teams or conferences were demoted to non-BCS status and the best non-BCS teams or conferences were promoted each year? I do love those Europeans. If there were some way to convince these mysterious college presidents that it would make more money, I'm sure they'd go for it. It makes no sense, however, that because the ACC was good 10 years ago, that they should still have BCS tie-ins because of that. Same thing for Notre Dame. They still have a clause where if they finish in the top eight in the BCS standings, they get an automatic bid. If Boise State had that clause and someone above them lost this week, we wouldn't be having this Boise State vs Ohio State discussion. Unbelievable.

I fully expect Hawaii to upset this Cincinnati team. Cincinnati already has the Big East locked up. They're on their little vacation. There's no way they are focused for this game.