Share All sharing options for: OBNUG's 2008 year-in-review: Oh, the memories! 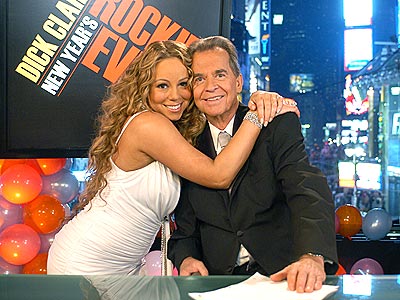 2008 has been good to Bronco fans, so before we get all geeked up about 2009, we invite you to take a look back with us as we reflect on the year that was with our beloved Broncos.


The year began rather inauspiciously with the morose of a Hawaii Bowl loss and the details of Jeremy Childs' suspension from the team. But then something glorious happened - something besides Hawaii losing the Sugar Bowl. OBNUG arrived! And Brian Murphy's inbox has never been the same.


Letter of Intent Day took place in February, and it is safe to say that we had no idea just how important this day would be for the 2008 Boise State football season. Too bad it had to be hosted live by Mike Prater.

Despite the Praterness, Boise State hauled in the 67th best recruiting class in the nation, a number sure to rise if Marty McFly ever takes his DeLorean back to February 2008 and explains to everyone about George Iloka's greatness. At the time, Iloka was just another name. So, too, Byron Hout and Jamar Taylor. Strangely, our "Who Let the Dogs Hout" nickname never stuck.

Also in February, Orlando Scandrick prepared for the NFL Draft by blazing through the NFL combine and not wearing a shirt - not necessarily in that order.


Boise State football was quiet in March, but the BSU men's basketball team made up for it by winning the WAC title and going to the Big Dance. Too bad we were too busy building our paper mache Marty Tadman puppet to notice.


Though it was not big news at the time, April's spring practice saw Ellis Powers switch positions from linebacker to safety, a switch that became the Boise State equivalent of Beyonce leaving Destiny's Child. Later on in the spring, the offense showed some spark by taking charge in the annual spring scrimmage, leaving no spark left for the Poinsettia Bowl.


Boise State's 2009 recruiting class began to take shape as the Broncos received a commitment from star-laden QB recruit Joe Southwick. The commitment would take on less meaning once Kellen Moore proved his immortality later in the year.


Bob Behler was chosen to replace Paul J. Schneider as the voice of the Broncos. This had absolutely no bearing on anything.


If it's the middle of summer, then it must have been time to pick Fresno State to win the WAC. The Boise State doubt parade also began at the WAC media convention, providing the Broncos with plenty of motivational ammunition for its tour de force of the regular season. Robb Akey was an innocent bystander.


Fall Camp started, thank goodness. It was a long summer of questions, especially questions at the quarterback position. The battle between Bush Hamdan and Kellen Moore dragged on for nearly a month until Coach Pete named Moore the starter, setting off excessive celebrations within our heart. The month ended with the first game of the season, a big win over Idaho State during which Jeron Johnson nearly killed a guy.


Blah, blah, Bowling Green, blah. What September will always be remembered for is the Broncos' win over Oregon and their first victory on the road against a BCS conference school. What a game. It completely changed the direction of Boise State's season, put the Broncos into the polls, and was the coming out party for Moore. We're tearing up just thinking about it.


The Broncos opened WAC play in October with wins over LaTech, Hawaii, and San Jose State. The latter was supposed to be an epic battle between a feisty Spartan team and a doomed Boise State squad. Eh, whatever. The Broncos handled business just fine thanks, and they went into November ranked No. 11 in the country.


Wins over the WAC's bottom three teams (including a particularly enjoyable victory over Idaho) put the Broncos face-to-face with Nevada in a showdown for the conference title. Boise State got revenge against Colin Kaepernick for his fancy-pants show on the blue turf a year prior, and the Broncos clinched their sixth conference title in seven years.

The next week, Boise State hosted Fresno State and put a 61-10 whupping on Pat Hill's team, completing BSU's perfect season. It was hardly the conference showdown that everyone (ESPN, especially) expected.


In December, we learned that Coach Pete isn't going anywhere and that being the best quarterback in your conference does not guarantee you the proper postseason awards. Oh well. We still had the BCS berth to get excited about. Right? ... Right?

Wrong. Boise State lost out on the BCS to Utah and, after a scary scenario involving a possible H-Bowl game against Ball State, accepted an invitation to play TCU in the Poinsettia Bowl. We have chosen to forget how that game turned out.

And that brings us to the end of the year. The Broncos gave us one of the most enjoyable years in Boise State history, and we simply cannot wait to see what they have in store for 2009 and beyond. Now about that Dilbert calendar ...