Share All sharing options for: Gamecube Playoffs: Round One: Boise State loses 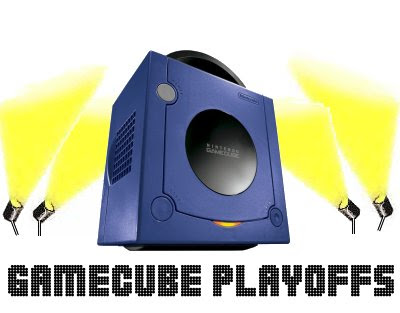 The first round of the 2008 NCAA Gamecube Playoffs is in the books, and hearts around Pasadena and Garden City are broken with the outcomes. Boise State fell 41-13 to Penn State, and USC was knocked off by Cincinnati. Is it too late to make it a double elimination tournament?

In games played on our Gamecube using NCAA Football 2004, here are the details of the Round One results:

No. 1 Oklahoma 66, No. 16 Troy 6
Oddly enough, Troy scored its six points on three safeties. Also, Oklahoma passed the ball on every play. We may need to fiddle with the computer AI.

No. 2 Florida 69, No. 15 Buffalo 10
Somehow, Tim Tebow was able to will the Florida QB in NCAA Football 2004 to gain 110 yards and three touchdowns on the ground. Heisman recount!

No. 3 Texas 45, No. 14 East Carolina 3
We actually took a nap during the simulation of this game, so we don't know what happened.

No. 12 Cincinnati 34, No. 5 USC 24
Carson Palmer laid an egg against the Bearcats. Or was it Matt Leinart? They both look the same (blocky and unathletic). Kudos to the Bearcats, though. We weren't even really sure they existed in NCAA Football 2004. Bonus win!

No. 7 Texas Tech 31, No. 10 Ohio State 17
The Red Raiders had over 400 yards passing in the game as they rolled over Ohio State. Some things never change.

No. 8 Penn State 41, No. 9 Boise State 13
What happened here? First, Penn State safety #22 happened. The kid had two interceptions and returned one for a touchdown, and he helped keep the Bronco running game in check. Second, freshman Jared Zabransky happened. Dinwiddie got hurt in the snow at Happy Valley, and Zabransky putzed it up for the rest of the game. This game is more realistic than we thought.