Slim Pickings: Thanks for nothing, Horned Frogs

Share All sharing options for: Slim Pickings: Thanks for nothing, Horned Frogs

Seriously, TCU? I thought we had come so far. I was beginning to find your horrific mascot endearing on some level. Then you go and do this to us. Not only did you lay down on the final drive of the game last week against Utah and crushed the dreams of Bronco Nation, you also destroyed my chance at a perfect week.

Now that Utah has cleared one of its two remaining hurdles to securing a BCS spot, we Bronco fans are forced to wait. But while we wait, there's no reason to not wildly speculate on other scenarios that don't have much of a shot at materializing. It's awfully difficult to wait in silence and all.

On paper, this week's list of games doesn't look nearly as compelling as recent weeks. We've been spoiled with the matchups of Top 10 teams in the Big XII and SEC lately. Therefore, let's step through the games that have an impact on Boise State's BCS chances.

The most obvious and simple way for Boise State to secure another trip to the BCS would be for Utah to lose. We all know this. That's why we've all openly rooted for the likes of New Mexico in recent weeks. Some (*cough* Graham Watson *cough*) may point to Utah's win last week over TCU as the proof of just how good this Utah team is. I think it points to how Brian Johnson can hit some open spots in a prevent defense when no one's pressuring him. It's all become a little too commonplace for this Utah team this year. We're all waiting for the other shoe to drop. Unfortunately it's not going to happen this week, so we all get to wait patiently for BYU to do something useful with their season next week. However, here's to San Diego State keeping it interesting.

And then we get to Oregon State. So far this year, it's been fun to root for Oregon State as they toppled USC. It's been agonizing to watch them crumble against aforementioned Utah. Due to that, we're now forced to root against them. Due to their only loss in the PAC-10 being to USC, they are in first place. If they win out, they go to a BCS game and USC is likely chosen as an at-large team. For that to happen, they'll need to win against a decent Cal team this week and win the Civil War versus Oregon. Not an easy task. I think it ends this week for the Beavers. 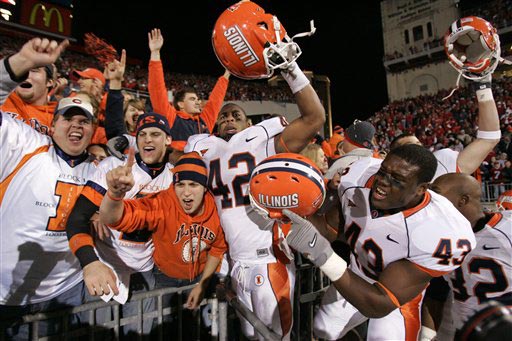 So far this year, Illinois has been a disappointment. I know that they lost Rashard Mendenhall, but I figured Ron Zook would still have a decent team with Juice Williams at the helm. Ohio State has been very Ohio State-ish. Basically, they've lost to the good teams they've played and beat the bad ones. Luckily they've played two good teams this year and, barring a BCS apocalypse, won't be making a third consecutive trip to the National Championship game to be destroyed by another SEC team. However, they still sit in the top 14 and remain eligible for a BCS at-large spot. One more loss should put an end to that.

Last year, the win over Ohio State was Illinois' launching point to their invite to the Rose Bowl. I'm hoping they can revive that this year and at least keep this game close.

Louisiana Tech showed some friskiness last week with their shutout win in San Jose State. I attribute this solely to the play of Ross Jenkins. And by "play of Ross Jenkins" I mean the fact that Taylor Bennett did not play. They've now pulled into a tie in the loss column with the Spartans for the WAC consolation prize.

I'd call Nevada schizophrenic, but I wouldn't have an adjective to use for the rest of the WAC. The Wolf Pack lost to Hawaii and then beat Fresno last week. San Jose State looked downright awful last week in their loss to Louisiana Tech. I see no reason why Nevada doesn't run all over them.

Fresno has been the main culprit to Boise State's BCS standings this year. When Fresno receives preseason hype, I don't get mad. I just hope that maybe they can live up to it and create a marquee matchup down the road between themselves and Boise State. But no, the MWC has been capitalizing on having multiple ranked teams in their conference. Fresno has just turned out to be another boat anchor on Boise State's strength of schedule. 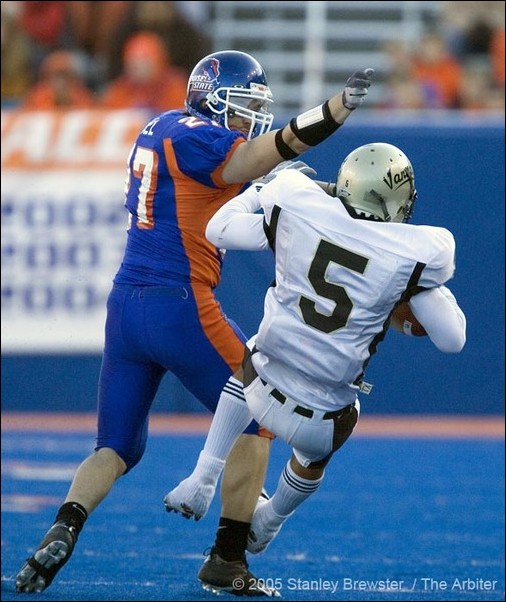 I'm really glad this game isn't on the traditional rivalry week anymore. That would be misleading to any modern day fan. The 2006 Boise State team was able to practice their famous "statue left" play on their trip to the Kibbie Dome. Later Bob Stoops said that Oklahoma had seen the play on the game tape. I doubt this because I'm pretty sure any game tape from the Kibbie Dome would be unwatchable. Kudos to Oklahoma for attempting to watch it though. Also, big thanks to Coach Pete for covering a huge spread last week against a terrible team. We'd all really like a shutout this week though.