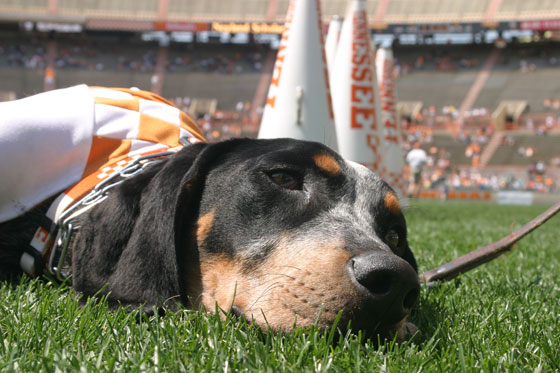 Tuesday night I got a call from a friend who is a Tennessee fan. At first, I thought he was calling because he's also an Obama supporter, and Obama had just been declared victorious. But no, he was calling me to tell me how he had made his list of candidates to replace Phil Fulmer and that Chris Petersen was at the top of his list. I politely laughed at him and told him why I didn't think that was going to happen.


Of course, there are plenty of reasons why Tennessee fans don't want him: he has no ties to UT or to the SEC, they think he runs a gimmick offense, and (my personal favorite) they think he's somehow a Scientologist. When was the last time you saw Tom Cruise at a Boise State football game? Yeah, that's what I thought.

After what Hawkins did, you can't be too sure about anything. However, I'm more worried about the Washington vacancy than this one.

Anyway, let's get onto the picks. 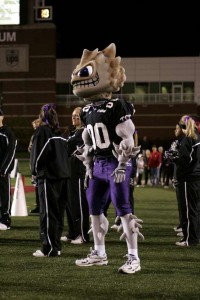 I think Utah's run ends here. They "escaped" Albuquerque with a 3-point win. Seems like they've been having a lot of escapes lately. TCU's on a roll, and I don't see anyway Utah will be able to move the ball against that defense.

As for those fans who think it'd be better if Utah won this game or TCU only won by a small margin, I disagree. I'm all for the rout here. Maybe I have too much confidence in the voters and Boise State's reputation, but I believe at the end of the season an undefeated Boise State will be ranked higher than a one-loss TCU in both of the polls, making the computer rankings meaningless.

I was especially intrigued by Bruce Feldman's bowl projections this week. He has Boise State playing Alabama in the Sugar Bowl. I definitely agree with him that Florida will beat Alabama in the SEC championship game. I'm not so confident, however, in Boise State's ability to compete with Alabama. Florida and Alabama have definitely risen to the top of the SEC. I see no reason why they won't meet in Atlanta for the SEC championship.

That was a heck of a game last week. I don't know if the toll of playing ranked teams for the fourth week in a row caught up to Texas or not, but that's not to take away from the impressive showing by Texas Tech. I've also come to the conclusion that I need more Mike Leach in my life.

The two teams I love to hate. Nevada's last game was a loss to Hawaii. Fresno loses to Louisiana Tech last week. I mean, which team decides to show up here? I have no clue about this game, but I don't trust Fresno anymore. I also have no clue why Pat Hill's name is getting thrown around for any coaching vacancies. I'm not complaining, just confused.

Hmm ... Hawaii loses to Utah State last week. That was actually one of the picks I got right last week. No word from any of the game recaps that I could find on whether McMackin got hypothermia like I predicted. I've got to believe there's going to be a hangover from the loss last week and from spending the entire following week bumming around Las Cruces (no flight home, too expensive). Wait, Chase Holbrook is involved in this game. Scrap those previous thoughts.

San Jose State became bowl eligible last week with their win over Idaho. Louisiana Tech still needs two more wins after last week. I think San Jose State wins this game, but for some reason I think it's closer than expected. I hate picking games in the WAC.

The game we've been waiting for since last game. I fully support a move to any conference that is more competitive just so that we fans can get excited about playing a game more than once or twice a year. Oh, just when I thought I had this Boise State team figured out, they go ahead and blow out New Mexico State and more than cover the spread. I've got to believe that they can continue this during the next two weeks against the two worst teams in the WAC. Let's hear it for some more shutouts!