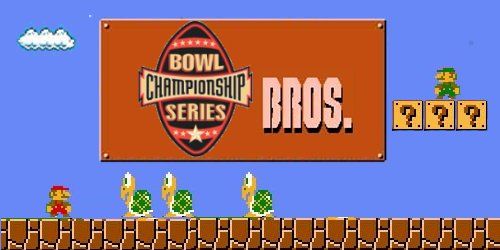 We are five weeks or so into the season, and it now seems that the BCS Bros. aren’t the only ones using the words "Boise State" and "BCS" in the same sentence. There is analysis everywhere now, and things look good for the Broncos for the most part.

We were disappointed, however, that the Rose Bowl appears to no longer be an option thanks to USC. We think it would be sweet if the Broncos played in the Rose Bowl. This week we’re going to do a rundown of how we see the BCS playing out and the keys to a bid for the Broncos.

This how we have the BCS sketched out right now.

National Championship: Oklahoma and Alabama (we’re not sure of the exact teams, but we definitely foresee this being an SEC/Big-12 matchup)
Rose Bowl: USC and Penn State
Orange Bowl: ACC champion (in this conference, the least crappy team)


If Oklahoma wins out and maintains their No. 1 ranking, the Fiesta Bowl will get the first pick (the replacement) from the at-large teams. Although they technically don’t have to, they will almost certainly choose the Big-12 runner-up; let’s say Texas. It could be Missouri, but it’s a moot point because the third place Big-12 team, regardless of their BCS ranking, will be ineligible for the BCS bowls.


The Sugar bowl gets the second replacement pick. This will almost certainly be the #2 SEC team. After this pick, all remaining SEC and Big-12 teams will be ineligible for the BCS, which opens the door for our Broncos.

At this point the BCS Bros. think there will be only four remaining teams eligible for the three remaining spots. These teams are:


The BCS Bros. hope and think that the Sugar Bowl will pick the Big East champion, South Florida, a pick that makes sense geographically. 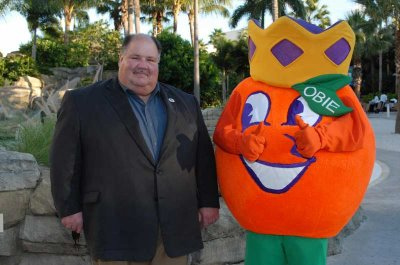 
This is the pick the BCS Bros. want. We like the Broncos' chances against the woeful ACC Conference. Their champion may not even be ranked. Also, we point out the ACC has won a total of one BCS game. Ever. Believe us, this is the game Bronco fans want.

The Orange Bowl could pick Ohio State. To this we say, "Really? Ohio State?" If the selection committee has not seen Ohio State’s recent bowl games, then the BCS Bros. will gladly provide the appropriate YouTube links. We rest our case.


- Right now the Broncos have a simulated BCS ranking of 13, which means they’re eligible for the BCS already. Official rankings come out October 19.

- The large number of SEC and Big-12 teams currently in the top 14 means there will be a small pool of eligible at-large teams. Small pool = good things for the Broncos.

- The second place Big-10 school being really bad and losing a lot = good things for the Broncos.

- Keep an eye on the other mid-majors. As predicted, East Carolina had a short and rocky relationship with the rankings. BYU and Utah are still hanging around but still must play each other. Also, Rich Tellshow of www.tellshowbcs.com, projects the Broncos to have a higher SOS than both Utah and BYU, which could be a critical factor at the end of the season.


The Broncos didn’t play last weekend and everything else was kind of boring. Ian Johnson, Vinny Peretta and coach Pete made the national media circuit- namely Rome and ESPN, which was a nice boost, no doubt. We think Ian Johnson may be better at PR than picking up short yardage.


La Tech at Boise State
The BCS Bros. were in the stands Wednesday for this one. This is the game East Carolina didn’t win, the type of game that BCS hopeful teams must turn into blowouts to impress voters.

Things went well, Kellen Moore continued his Heisman campaign (started by the BCS Bros. during the second quarter of the Oregon game) and the Broncos looked great for the crucial ESPN showing that most sportswriters probably tuned in for.

La Tech came in ranked No. 71, not too bad for the WAC. This’ll have to be one of the better wins for the Broncos. Cheer for the Bulldogs to beat up on the bottom half of the WAC the rest of the season.

Oregon State at Utah
BSU fans wanted Oregon State to beat Utah. Some may have been naively cheering for likable mid-major Utah to beat BCS-representative Oregon State. We like how you think, but in this case you were mistaken.

BYU at Utah State
The BCS Bros. thank the BYU AD for setting up this non-conference match-up. This game almost single-handedly devastates the Cougars' SOS. We openly question the quality of BYU opponents, and therefore, their qualifications for the BCS. "Utah State??"

Oregon at USC
Send good vibes to Oregon. We like them.

Ohio State at Wisconsin.
A leapfrog game for Boise State. A Wisconsin win puts the Badgers (potentially) ahead of the Broncos and the Buckeyes behind. There’s a decent chance that BSU will be competing with the second place Big-10 team for the last BCS spot, so the worse that team is the better.

Auburn at Vanderbilt
Basically the same situation as above. Vandy wins this game (they might), and Auburn falls behind the Broncos.

Idaho vs. The BCS: update.


We hate to say it, Vandal fans, but this may not be the year. There seems to be a high demand in the NFL for former Idaho coaches, however, so things look brighter for our friend Robb Akey. His ‘stache may get a job offer, too.