Utah State preview: board the train to nowheresville

Share All sharing options for: Utah State preview: board the train to nowheresville

Previewing the WAC seems like a good job for an intern. Unfortunately, we do not have an intern. Ugh. Previously: SJSU, LaTech, Fresno State, Hawaii. Today: Utah State.

By far, the high point of last year for the Utah State Aggies was winning in consecutive weeks against Idaho and New Mexico State to finish the season. If that doesn't set the recruiting trail abuzz, then we don't know what will.

The Aggies have even higher hopes this season now that they have momentum and a full roster of players to work with. Could their two-win 2007 turn into a four-win 2008? Talk about a program on the rise!

At this point, head coach Brent Guy will take anything. His tenure in Logan has been short on winning and long on blowouts, and no matter how you classify last season's two-game winning streak, it doesn't change the fact that the Aggies have been just plain bad. If Utah State has plans on contending in the deep waters of the WAC, they are going to have to overcome their fears of sailing one way or another.


Does anyone want to play quarterback at Utah State?

From the looks of things, the answer is "no," followed shortly thereafter by an "Are you kidding me? They're terrible!" First, the Aggies lost quarterback Riley Nelson to rival BYU in what was later termed as upward mobility. Then one of the key competitors in the fall quarterback race, Jase McCormick, up and quit once fall camp started, citing a lack of "interest" (read: winning) in "football" (read: getting Utah State chicks). Can you blame them? Well, Brent Guy probably can because now he is left with senior Sean Setzer holding the reins to the offense. You can loosen your grip, Sean. The offense isn't going anywhere.

What's this new weight room I am hearing so much about?

Utah State is at least doing things right with their facilities and infrastructure. Over the summer, they replaced their athletic director and duped the new guy into thinking that the football program can be a viable income source some day. Sucker. As a result, the Aggies have a brand new training facility that is either state-of-the-art or better-than-whatever-high-school-we-were-at-before. The press release was not clear.

The Aggies are hoping that the upgraded facilities will bring in new recruits, and their hopes are being met at least a little bit this season. USU will have the full allotment of roster players for the first time since people believed Guy was the right choice for the job. In other words, the first time in a long time.

Does Brent Guy keep fresh copies of his resume on hand, you know, just in case?

Hey, we were just speaking about Guy! As a former Boise State assistant coach, we wish we didn't have to poke fun at his win-loss record (6-29) or his striking resemblance to Mr. Belvedere. 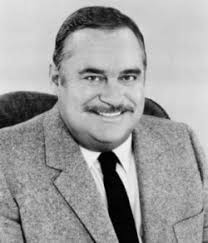 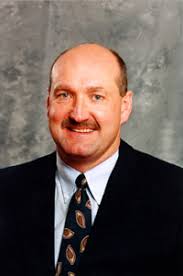 But when you're a bad head coach with a bad team, the ribbing is inevitable. So, too, is the shaky job security. Though Guy maintains that he is indeed not on the hot seat, the results of his tenure say otherwise. If he cannot at least tread water in the WAC and beat Idaho and NMSU again, the Aggies could be looking elsewhere for unconvincing coaching candidates.

The Aggies' "star" linebacker gets credit for being a good player on a bad defense. His stats reflect as much: 102 tackles and a sack only because no one else had the desire to sack and/or tackle. To be sure, WAC offenses will gameplan for Hutton but only because there is no one else to gameplan for and they'd get bored otherwise. The jury's still out on whether or not returning nine starters on defense is a good thing or a bad thing.

Describe in a picture what will happen when Utah State visits Oregon.

Over/Unders
+/- 1 minute, 30 seconds into their first game it takes for the Aggies to lose the momentum from last season

+/- 3 starting quarterbacks, in addition to Jase McCormick, who suddenly decide that football just isn't their thing

Are things improving at Utah State? From certain angles, yes. But in the big picture, the Aggies are still the Aggies.

Certainly, building a modern weight facility is a good start. Thick-necked high school seniors will appreciate that. But the product on the field is several years behind in the quest for belonging in the WAC.

With no clear-cut leader of the offense and nothing to scare opponents on defense, the Aggies have the look of a typical Aggies team...except with more guys standing on the sideline. Having a full roster must be great for practice ("We don't have to play both ways any more! Hooray!"), but unless the roster is full of four- and five-star recruits, it won't matter much on Saturdays.

Speaking of not mattering, that's the case for Utah State again. And so long as the Aggie administration is happy with that, Brent Guy should be back to do it all again next year.