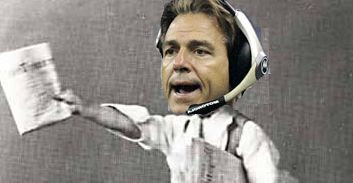 The Broncos had an afternoon/evening practice last night, and Dustin Lapray has some details on what went down. Specifically, he points out that Travis Stanaway and Daron Mackey are two newcomers who are getting Coach Pete's attention and that Bush Hamdan should win the starting quarterback job. Sigh. We thought you were different, Dustin.

Here is some more reading material for your day.

Camp notes from the IPT [Press-Tribune]

We would run through a brick wall for him, and we don't even know him.

The LaTech is not all that popular. Imagine that.

They would immediately be the seventh-best team.

No wonder the line was so long at Dairy Queen last night. Celebrate!

Odds of winning at Oregon [What If Sports]

May get to rush the passer in special packages. Fine by us.