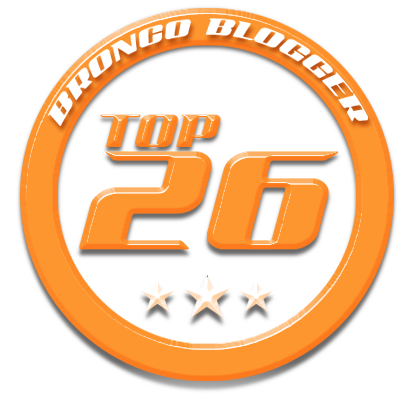 Fed up with the random, uneducated polls that the national media churns out every week, we decided to take matters into our hands...by penning a furious personal letter to Myles Brand. When that didn't work, we decided to start our own poll.

We've invited some of the smartest people we know to take part in our little experiment to see if a bunch of fervent college football fans really do know more than the talking heads on the national stage. There are reporters from the local papers, bloggers from the local blogs, and TV personalities from KTVB. Oh, and there's us, too. To see the complete list of who's involved, visit the Top 26 Poll homepage.

Each week, we'll provide a new poll and we'll also explain one person's picks. We are nothing if not transparent. OBNUG's own Kevan Lee gets things started this week.


Does my poll look familiar? It should, provided you memorized the final AP poll from last season.

That’s right. My poll is the AP poll, team-for-team, ranking-for-ranking.

I am not a fan of preseason polls because they give teams an unfair head start based on hypotheses and guesses. Why is Georgia No. 1 overall? Because they won some games at the end of the year and didn't graduate a whole lot of people. How is this fair? Answer to rhetorical question: it's not.

I feel that if we're going to have a preseason poll that it should be based on something tangible and should reward play on the field. My solution is to make the preseason poll the same as the season-ending poll. This way, at least teams have a chance to do something about their ranking.

As it stands now, the poll is unfair to those teams who don't look good on paper (insert Utah State joke here). And since when is football played on paper? Let's get this thing right. I'm sure the Hawaii fans will agree with me.