Share All sharing options for: Wednesday: Links with determination 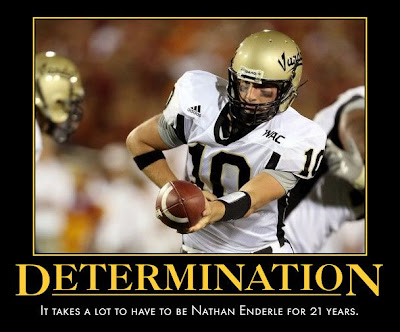 For Oregon fans, BSU a better draw than some Pac-10 teams [Arbiter Online]

No wonder tickets for the Boise State-Oregon game are in such demand. Duck fans would rather see the Broncos than several conference opponents. Sorry, Stanford.

"Frankly, the Boise State game has garnered the type of interest amongst our ticket holders and donors that is as great as some of our conference games and greater than some conference games," Mike Marlow, senior associate athletic director at the University of Oregon said. "It's been a ticket that has been in demand from our season ticket holders and donors as well."


We're curious to find out what demand is for the Utah State game (or if "demand" is even the right word).

Also in the Arbiter's story was news that the Boise State ticket lottery would be happening soon. However, they neglected to describe what kind of lottery it would be. Scratch tickets? Ping pong balls? Names out of a hat? Human tetris contest? College journalists have a lot to learn about asking the right questions.

The wolf eye follows you everywhere.

Bring your lowered expectations. And a Jell-O salad.

No more Idaho State at least.

That's one way to spend your resources.