Share All sharing options for: Tuesday: Links with welcoming 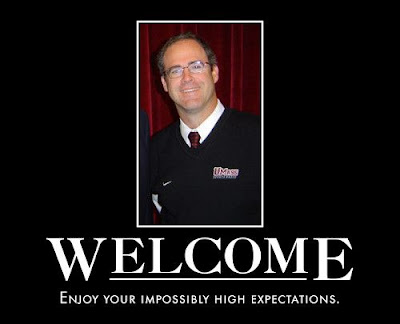 
Behler's here; who's next? [Statesman]

Peak Broadcasting and BSU announced yesterday that Bob Behler will be the new Broncos play-by-play man. Who will be doing the color commentary? The Statesman has some info.


Oh, good, if Peak is interviewing candidates on Tuesday, then we should have an answer by Labor Day. At least we weren't given empty promises and loose deadlines.

Let the speculation begin for a color commentator to join Behler in the booth. Our money is on a return of Jeff Caves, but we wouldn't fight it if J Bates got the call instead.

Here are some more links to Behler stories:

Mr. Irrelevant lives it up [the Big Lead]

Watching musicals at the Playboy Mansion is David Vobora's idea of a good time.

And writes his name on the inside of a bathroom wall.

WAC tidbits for a long offseason [Pugs, ponies, and preps]

Not so much "tidbits" as "Google facts."

Anything that has the Broncos on top of the WAC is okay by us.