Share All sharing options for: Tuesday: Links with unemployment 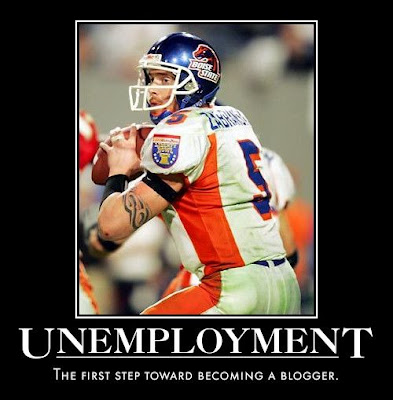 Chalk up another one for proactive Bronco recruiting.

According to Scout.com, O'Dea (Seattle, WA) linebacker Allen Mooney has given a verbal commitment to Boise State, choosing the Broncos over an offer from Army and interest from Pac-10 schools like Washington and Oregon. How did the Broncos land him? Judging by the lede of the Scout story, it may have been that his height was an issue for some teams.

He may not be the tallest linebacker in America, but Allen Mooney carries some big game with him. And the 5-foot-11, 215-pound Mooney - from O'Dea High School in Seattle - will be taking that big game to the Gem State...


A 5'-11" linebacker is not the end of the world, so if other schools were scared off by Mooney's size, we are happy to have him. Of course, it's not an official verbal commitment until the Statesman says it is, so give them a week or so to catch wind of the story and do whatever fact-checking they do.

Also, check out Fight Fight BSU for some Mooney video.

Tanyon Bissell and Vinny Perretta get him very excited.

This just in: Behler watched the Fiesta Bowl, likes sports.

A gambler's preview of Boise State [Bet US]

Hint: give the points.

Is this how we're getting so many recruits? [SI.com]

I would have chosen a college, too, based on their making a personal comic book of myself.