Share All sharing options for: Tuesday: Links with procrastination 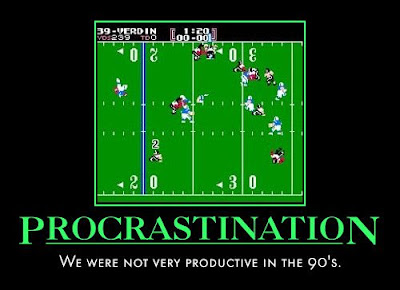 The Idaho Press-Tribune's Dave Southorn has posted his preseason picks for WAC media days on his blog at the IPT website, and we could not be happier to see that homerism reigns supreme.


I don't see the Broncos losing a WAC game before they play Fresno State at the end of the season. By then, the new QB will be comfortable, and the Broncos get the Bulldogs at Bronco Stadium, so that's why their (sic) my pick to win the conference.

Good for you, Dave Southorn. There's no reason to pick the Bulldogs just because everyone else is, especially when they have yet to prove they can handle pressure or win outright WAC championships.


But the good BSU football vibes don't end there. In addition to having the Broncos as WAC champs, Southorn also has a Boise State player listed as his player of the year.

I think it will be extremely unlikely he matches 2006's numbers, especially considering the great depth behind him. However, no other player in the conference demands a defense's full attention like IJ.


Kellen Moore must have been a close second.

Robb Akey to ride a float at Dairy Days.

That stadium sure looks good at night [Statue Left]

Talk about a conflict of interest.

And the state of Hawaii has the day off today.

BSU losing at home is not bold; it is erroneous.