Share All sharing options for: Thursday: Links with religion 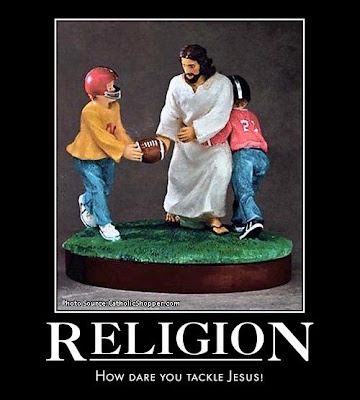 With the hiring of former BSU center Jadon Dailey as the new color commentator for Bronco football games, Peak Broadcasting has done something that has thus far eluded them: appear competent. If the reaction to Dailey's hiring is any indication, then Bronco fans are feeling pretty good about life after Paul J.--at least as good as they could feel.

Behler, who said he has worked with many first-timers in the booth, was impressed with Dailey's intelligence and enthusiasm. "He's going to add a lot in stories and knowledge," Behler said. "He's going to help me a heck of a lot, knowing personnel, history and coaches. He's going to bring a lot to the table."


Will Dailey's lack of experience be an issue? Not with Behler, the father of modern radio, in the booth! Besides, if things get bad, Peak can always just play snippets of Dailey's Out of the Blue commentary in between Behler's live-action play-by-play calls. Don't think anyone would mind that.

Guess he was okay missing out on all the fun times at Army.

Bush Hamdan is a better man than you are [Scott Slant]

Thanks to Tom Scott we suddenly feel much less charitable for giving that homeless guy a dollar.

Always trust a man with a mustache...except for Robb Akey.