Share All sharing options for: Thursday: Links with consistency 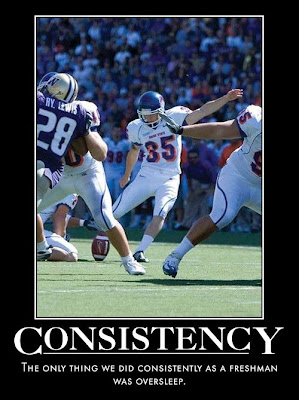 Now the question is where will "Z" land next? The way we see it, he has plenty of options.


The story is a little bittersweet for us, not because we are Zabranksy fans (it's complicated), but rather because Zabranksy getting signed by the Steelers was one of our first posts on this site. OBNUG has officially lasted longer than Zabransky's Steeler career. We never thought we would say those words until at least after the first preseason game.

Replacing a Heisman candidate is hard. Will Tyler Graunke be dying the Hawaiin islands into his hair?

There is no age limit on success...obviously.

Who says BSU has too much money? [Warrior Quotes]

We know how we're spending our three-day weekend