Share All sharing options for: Thursday: Links with anonymity 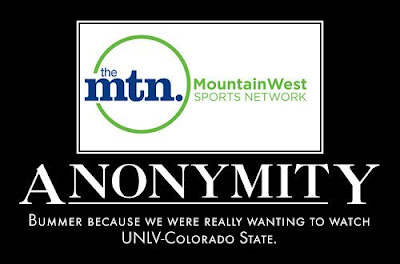 
In addition to Southern Miss being big, athletic, and playing at home, Boise State will now have to contend with the Eagles being loaded. Conference USA has released its preseason polls and rankings, and Southern Miss is well represented to say the least.

Golden Eagle junior running back Damion Fletcher was chosen as the league’s preseason Offensive Player of the Year. Fletcher carried the ball 29 times for 155 yards in the Papajohns.com Bowl to finish last season with a single-season best 1,586 yards and 15 touchdowns.

Another Golden Eagle, reigning C-USA Defensive Player of the Year Gerald McRath, was picked as the preseason favorite to repeat as the conference’s top defensive player. He led C-USA in tackles with 139 (71 solo, 68 assist) in 2007 and averaged 10.7 per game.

Preseason Offensive and Defensive Players of the Year?  Yikes, indeed. Is there any way we can get Weber State back on the schedule?

Relative to Pocatello people, he is.

He plays running back, receiver, and philanthropist.