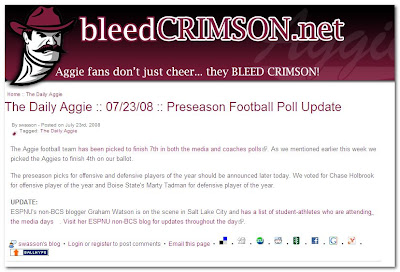 Yesterday, we joked about including Marty Tadman in the discussion for preseason WAC defensive player of the year. The New Mexico State media? Not joking.

Here's a close-up image of their selection.

Tadman lost to Hawaii's Solomon Elimimian, who is still an active player.

Update: This was not a typo. These guys actually voted for Marty Tadman.