Share All sharing options for: Monday: Links with passion 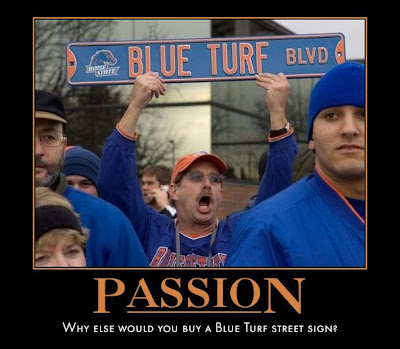 
Scandrick tries humility on for size [Fort Worth Star-Telegram]

Former Boise State CB Orlando Scandrick has his work cut out for him if he wants to be in the Cowboys' secondary come opening week. As such, O.S. is taking a slightly different approach to things than usual.

(Scandrick) admitted that he could have been "a little more humble" in college. His approach was much different during his first Cowboys minicamp, when veterans such as Anthony Henry said they were impressed as much by his attitude as they were by his speed.


From what we hear, Scandrick has been very impressive in his time with Dallas. The Cowboys have one of the deeper secondaries in the league, but we would be surprised if Scandrick doesn't find somewhere to contribute, whether it be in dime packages or on special teams.

The story also gives some insight into why Scandrick may have fallen into the fifth round despite Mel Kiper's second round projection.

Scandrick can think of only one reason for the dropoff: a vague reference to "major character concerns" on his NFL.com draft profile.


Interesting. We had no idea Robb Akey had access to NFL.com draft profiles.

"Should Idaho go to a BCS game..." Let us stop you there.

We don't know. Both rivalries seem kind of lopsided if you ask us.

The Bronco coaching staff has yet to announce a starting pitcher.

At last, our ESPN Insider subscription starts paying for itself.

The WAC is not getting any less WAC-ish [Fresno Beehive]

Benson against expansion, realignment, and having nine competitive teams.

The MAC has a new logo [MAC Report Online]