Share All sharing options for: Friday: Links with extracurriculars 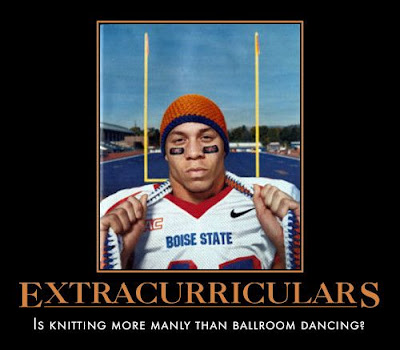 Story of the day:
Get rich on the Broncos [Scott Slant]


No, Tom Scott was not condoning gambling on his daily blog, er, column, er, slant. But he might as well have been.

The Broncos have won fewer than 10 games exactly once in the past six years, so you would think that taking the "over" would be easy money.

Well, let's look at the Broncos' schedule. Losing one non-conference game and one WAC game would still put the Broncos at 10 wins, which would be enough for the "over." If Boise State beats Oregon (which we believe in our heart of hearts they will), the Broncos would have to lose to a combination of Southern Miss, Fresno State, and Nevada to fall below the 10-win threshold.

If we were a betting man, our savings would be so out of the bank right now.

Four years, $1.89 million doesn't sound like that much in today's NFL.

Strange to hear that the "D" will carry the team.

BSU beating Fresno is good, losing to Oregon is bad.

Makes you feel proud to be a Bronco fan.