Share All sharing options for: Wednesday: Links with virtue 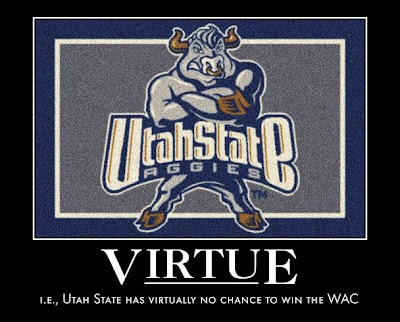 
Last week, the Statesman got everyone's hopes up with a giant hint toward a Bronco radio announcement on Friday. Five days later, we are all still waiting.

Kevin Godwin, Peak's head honcho, made it seem clear that we would know something by now. Dragging this decision on is only further souring the whole radio ordeal in the minds of Boise State fans.

It’s interesting to set a public deadline… then miss it by several business days. KBCI says there are four finalists - and the last candidate was interviewed last week. The four candidates have experience from college to NFL levels.

What we don’t know is who it will be… or when we’ll find out.

We're not the only ones getting antsy, either. Channel 2's website had a story up about the long wait. Fight Fight BSU discovered a possible reason why the decision is taking so long. And Rush Limbaugh's face on the KIDO website has a pained, anticipatory expression.

At any rate, we are still anxiously looking forward to some sort of announcement...and anxiously waiting by our phones should Peak try to call.

Schlabach does conference predictions, too [ESPN.com]
BSU apparently is not BCS bowl material