Share All sharing options for: Tuesday: Links with toughness 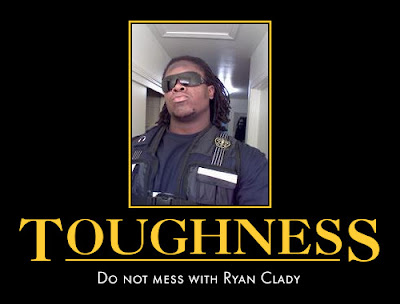 
Boise State athletic director Gene Bleymaier is somewhat of a lightning rod for discussion among Bronco Nation. Some feel he could be doing a better job scheduling teams not named Idaho State, and others feel that he deserves credit for bringing the program to where it is today.

His peers fall into the latter group. Bleymaier will receive an award for being the best AD in the country...or region...or county. We're not sure exactly.

Gene Bleymaier will be honored at the National Association of Collegiate Directors of Athletics (NACDA) 43rd annual convention when he is named the 2007-08 AstroTurf Athletics Director of the Year "Football Bowl Subdivision West" Region winner.

Congratulations are in order, assuming AstroTurf Athletics Director of the Year "Football Bowl Subdivision West" Region is a big deal.

Hawaii, LaTech, Nevada ranked by Rivals [Rivals.com] & [Rivals.com]
The countdown is at 60, and still no sign of BSU.

PAC-10 expansion series [Fanblogs]
Idaho even being in the discussion might hurt credibility.

"Spicebizzle" does not like Boise State's jerseys [College OTR]
His name does make him seem more like an Idaho guy.

Zabransky vs. Dixon for clipboard duties [Steelers Locker]
One man's suggestion to get rid of signing day [SI.com]