Share All sharing options for: Tuesday: Links with recruiting 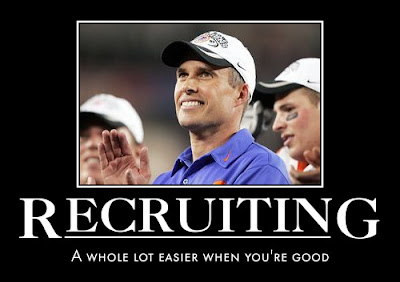 Boise State got a verbal commitment from Barlow High (Oregon) RB Malcolm Johnson, one of the top-rated running backs in the state.

"I really wanted to commit early and then focus on my senior year," Johnson said.

We really wanted you to commit, too.

Johnson's junior season numbers were outrageously great and not at all congruent with the offers he had received.

Johnson, who led Oregon’s Class 6A in rushing with 2,514 yards last season, chose the Broncos over offers from Portland State and Air Force.

Hmm, Portland State, Air Force, or five-time WAC champion and national darling Boise State? We like that our recruits can problem solve, too.

Wolfpack players not above Reno DUI law [Deadspin.com]
Well, at least they're getting national media attention.

Colt Brennan throwing for Redskins [Redskins.com]
We don't really have a joke for this one.