Share All sharing options for: Thursday: Links with feminism 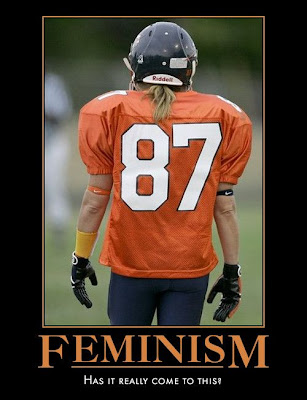 
Local prep standout Darren Markle from Mountain View High School has given his verbal commitment to the Washington State Cougars.

No word yet on whether or not he's actually visited Pullman.

Many BSU fans had hoped Markle would join the Broncos next fall, considering his local ties and apparent beastliness. Oh well; you can't get all the local recruits (right, Idaho?).

Comprehensive list of preseason polls [LSUfootball.net]
Boise State is at least in the discussion.

Statesman and Press-Tribune to merge printing [Statesman]
Can a single Sunday paper be far off?