Share All sharing options for: Monday: Links with obscurity 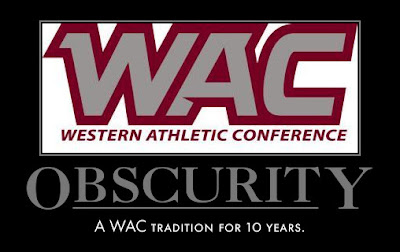 
The WAC just wasn't the same without a Carr at Fresno State.Derek Carr, younger brother of overhyped Fresno star David, will be joining the Bulldogs after high school, and opportunistic WAC defenses couldn't be happier.

Derek Carr, brother of David, the first overall player selected by the Houston Texans in the 2002 NFL draft, told us recently his older brother had a major influence on his quarterback development, which is obvious by his quick release and sound mechanics.

The elder Carr also taught little bro how to take a sack 76 times in one season.

We project Derek will blossom in the latter half of his college career like his brother and fit just as smoothly in the Bulldogs' system.

LaTech looking at 3-star QB [Scout.com]
Is his campus visit similar to a pity date?

Yet another preseason blogger poll [cidsports]
And yet another "Fresno State in Top 25."