Share All sharing options for: Friday: Links with thrift 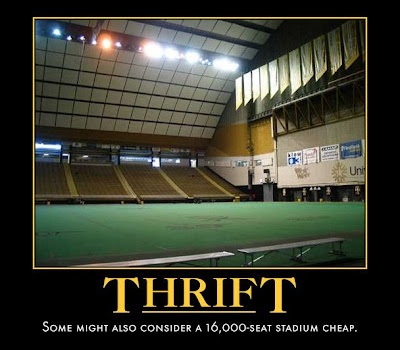 You win some, you lose some [Fight Fight BSU]


On the same day that the Broncos lost out on local prospect Darren Markle, BSU received a verbal commitment from Tesoro High (California) LB John Michael Davis. The bright lights of Boise apparently won him over.

He arrived in the city Wednesday and visited the school and met with coaches. That was enough for him.

"I just liked everything about it. The town was great. The campus was awesome. The coaches were great. It was a good fit," Davis said Thursday evening before heading to a Boise theater to watch "The Incredible Hulk" with his father.

We always try to celebrate our big life achievements with the cinema of Edward Norton, too.

Davis, in addition to having three names, is a 6'2", 225-pound stud, and he is expected to play middle linebacker at BSU. Welcome to Bronco Nation, John Michael.

Other links:
Did someone say superconference? [Orlando Sentinel]
Here's some food for thought.