Share All sharing options for: Wednesday: Links with progress 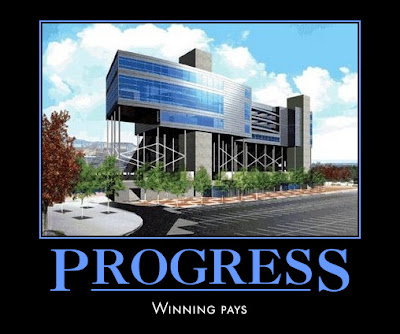 One more thing to dominate in the WAC [Idaho Press-Tribune]


The NCAA released its annual report on academic progress, and the Broncos managed to take home the WAC championship in that, too.

Boise State’s Academic Performance Report grades, issued by the NCAA, was tops in the WAC and means the Broncos are not in danger of losing scholarships because of academic shortcomings.

Boise State scored a 953, well above the baseline of 925. The next best WAC school was Fresno State. Can you say foreshadowing?!

As you'll read below, not every WAC school fared so well. The similarities to the regular season are quite striking.

Preseason top 25 with no Fresno State [SI.com]
Thankfully, Stewart Mandel is not on the bandwagon. Also, Boise State gets a brief mention.