Share All sharing options for: Wednesday: Links with hype 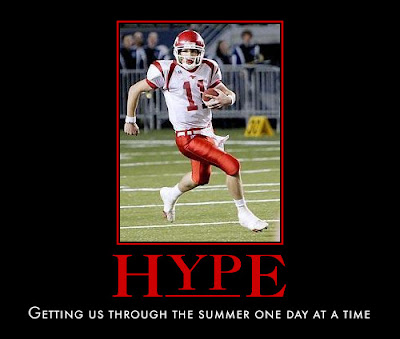 
Rivals came up with a list of the top non-BCS running backs in the country, and if you look purely at the numbers, we think it is obvious which one is best.

Ian Johnson stands out from the rest of the pack on his career totals alone, but the story focused on Southern Miss running back Damion Fletcher, who sounds like he'll be a handful when the Broncos visit Hattiesburg. In all, four of BSU's 2008 opponents made the list, including Deonte Jackson (Idaho), Luke Lippincott (Nevada), and Ryan Matthews (Fresno State).

Utah State QB heading to BYU [Herald-Journal]
He must have seen the light on his Mormon mission.

Boise State's Fiesta Bowl third in clutchness [Pronounced like...]
But #1 in our hearts.