Share All sharing options for: Thursday: Links with Anger 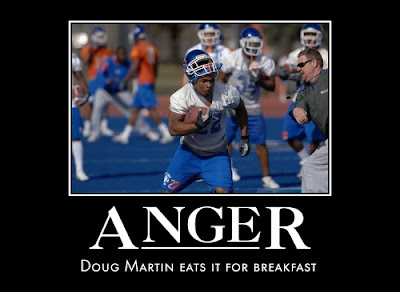 
The SEC wants an early signing day, and what the SEC wants, the SEC gets. From ESPN.com:

The coaches voted by a 9-3 count Wednesday at the SEC spring meetings to add an early signing day in late November. This 24-hour period for prospects to sign early would fall on the Monday before the contact period begins, which during a normal year would come during the week of Thanksgiving.

The measure now moves on for approval by the conference's athletic directors and presidents before being sponsored on a national level. Why not fix the BCS while you're at it, SEC?

Orlando Scandrick interview [Scout.com]
Fascinating read if you have a scout.com membership. We don't.

Quinton Jones roughriding it in the CFL [Leader-Post]
We hear that is the best place to roughride.

Fresno State wins Commissioner's Cup [Dailey's Bottom Line]
Is that similar to a WAC football championship? It isn't? Oh, that's what we thought.