Share All sharing options for: Public Enemy #1: The recap 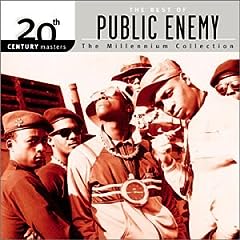 Over the past few weeks, OBNUG has been on a journey of contempt in search of this website's most hated villain. We narrowed the nominees down to six scoundrels, each of whom would make a perfect nemesis.

Next week, we will crown OBNUG's Public Enemy #1, and we would like your help. Please let us know who you think should be the McShay to our Kiper by either leaving us a comment or shooting us an email at OneBroncoNationUnderGod@gmail.com. Help us decide because we really can't be trusted with big decisions.

Here are the candidates:

Dan Hawkins: a backstabbing phony
"The greatest crime that Dan Hawkins committed was his assault on our trust. When he left to coach the Colorado Buffaloes, he did so in a way that forever scarred how a BSU fan will look at the team."

Colin Kaepernick: a skinny-legged Bronco killer
"Sure, we enjoy pointing out his passing flaws and demeaning his achievements on the football field. But as far as we’re concerned, he started this feud with his impartial supernaturalness."

Sean Renfree: an uninformed 18-year-old
"His spurning of the Broncos, in particular, really gets our goat, especially considering his rationale. Renfree based his decision on Duke's impressive academic record, the promise of playing time, and the experience of new head coach David Sutcliffe. We liken this to choosing a Quarter Pounder based on taste, texture, and presentation."

Robb Akey: a jerk with a mustache
"There are plenty of things to dislike about the man: his attitude, his smugness, the fact that his first name has more "b"'s than the Vandals have wins. But when it comes right down to it, Akey is reviled by OBNUG because of that larger-than-life caterpillar taking residence under his nose."

Mike Prater: a belligerent Vandal homer
"He knows full well that defending the Vandals is a crime against Bronco Nation, and his doing so in the city of Boise only magnifies his betrayal."

Hal Mumme: a self-promoting underachiever
"Couple Mumme's lameness with an undeserved air of importance that his towel-toting exudes and, well, you have made a case for Public Enemy #1."