Everyone has a take on spring practice

Share All sharing options for: Everyone has a take on spring practice 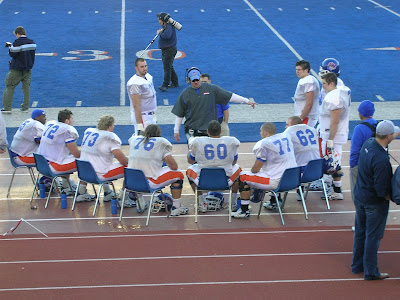 The Blue-Orange game has everybody talking, which is usually not a good thing. In between bold QB predictions and semi-optimistic slants, it is hard to separate the wheat from the chaff. Here's a hint: OBNUG=wheat, Murph Turf=chaff. We've compiled a list of links below in case you have two-and-a-half hours to kill.

We'll have much more analysis throughout the week, mostly because we no longer have anything exciting to talk about.

Final stats from Friday's Blue-Orange game can be found here.