Bronco radio job up for grabs

Share All sharing options for: Bronco radio job up for grabs 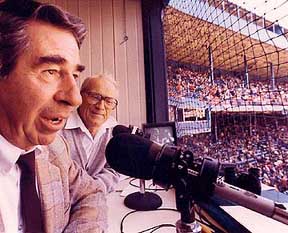 With the apparent ousting of Paul J. Schneider as voice of the Broncos, Boise State fans will have to get used to a new announcing team this season. Peak Broadcasting, the new owner of the radio rights to Bronco football, has yet to decide on who the play-by-play team will be for the 2008 broadcasts, so we feel an obligation to steer them in the right direction. Here is a short list of potential candidates: